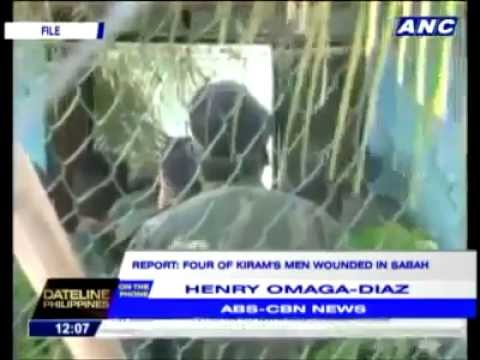 Proponents of this market-based allocation system are naturally against increased forms of government intervention like transfers, donations, taxes, subsidies and benefits. To put simply, they believe that letting the market run its course freely will reach desirable market equilibriums in the fairest manner, thus achieving productivity and wealth for a nation. The marketplace does have some elements of arguable fairness; hard work will get you higher income, and laziness will be punished. Jobs, goods and wages are "naturally" supplied to and demanded by society, according to their needs and capabilities, instead of government allocation which is dangerously prone to over or under budgeting.

However, one must note critically that the fairness of the marketplace should not be exaggerated. Market forces can be "brutally unsentimental", as put by Jeffrey Sachs. Pockets of failures in the market are impossible to deny because not everyone in the economy starts from the same baseline. Endowments like wealth, opportunities, or physical health vary extremely amongst people within the system. While some manage to climb out of low income brackets and make it, as a result of opportunities and big breaks, others remain pressed in a vicious downward cycle.

Indeed, not everyone gets a big break. The most common proponents of the free market are libertarians; whose ethical core is liberty. They hold the best economic outcomes will only prevail when each individual is left free to act economically and live without an authority governing their economic decisions. Individuals are in no way held responsible to the society, other than to be respectful towards the liberty and property of others.

The government's sole responsibility is to only maintain law and order such as protection of private property. Extreme libertarians even hold that there is no requirement for government to build infrastructures, road or highways; such should be left to market forces because the need for them itself is incentive enough for someone to build them. Libertarians are like "taxation antagonists". Amongst other forms of government intervention, libertarians reject governments promoting fairness and efficiency through a system of taxation. Tax is regarded as just another form of government extortion; de-motivating those who work hard while potentially over compensating those who don't.

In summary, libertarians hold that free market is the only way economic allocations are done "democratically"; hence it is the savior of democracy and enough on its own to ensure prosperity. Therefore, talk of government intervention in helping the poor will also become a point of contention in the books of libertarians. Previously poor now form middle class and professional Malaysians. Unfortunately, there is nothing to be proud of with the NEP mid 90s onwards. Rampant corruption, leakages and a breakdown in the integrity system demonstrated by those within the government have further worsened the situation.

Perhaps this frustration in the government is behind the mushrooming of libertarian ideologies in Malaysia. Is Libertarianism for Malaysia? We can first answer this by revisiting typical problems of missing a government sector. There is the question of who will provide public and common goods. We also do not need more than one police force, firemen, or court of law competing against each other. Without the government, who will then take care of the environment, regulate moral hazards, ensure individuals do not hurt each other, and protect the sovereign rights of Malaysians?


Reducing government role is perhaps agreeable, but its total elimination has grave repercussions. We then approach the issue of poverty. In all its admirable intentions of rewarding hard work and reducing influence of corrupt governments, libertarianism leaves too much room for an upward continuity of wealth and a downward spiral of poverty.

As argued earlier, people start from different baselines. Holders of wealth are in the position to continue leveraging on existing wealth, to create more wealth- they can hardly be blamed as they are only incentivized and allowed to do so! It is worse when wealth comes from extracting economic rent, rather than the creating of true values that ultimately increases the size of the economic pie. Consequently, the levers of power will be in the hands of corporations and the wealthy, which will have a bigger say in public policies, thus countering the libertarians' intended "democracy".

Unlike the government of the day, boards of directors are not voted in by the people. Their fear of how a socialist nation will lead to fascism can also happen in free market except under the disguise corporate power. The free market failure then becomes as much political as economic!

The helpless poor will be left drowning in the currents of this market force, contending against the rich. This is exactly where a true, free, and liberal form of the market may not be able to generate the pristine intended outcomes it initially set out to do. Political preference aside, there is cause to applaud the recent Pakatan Rakyat Manifesto. Tackling core economic issues, its four pillars hit home the concerns of the common rakyat; fraternity of the people, the people's economy, people's well-being and people's government.

In Malaysia, the published absolute poverty number may be low, but in relative terms, many rakyat including daily creation of urban poor are effectively impoverished by demanding cost of housing and living that are unmatched by salary levels, high indebtedness, and low productivity levels due to limited skills and education. For the government to maintain relevance in the face of libertarian claims, government interventions need to be tactical. If the government's stance is pro-business, it must be backed-up with robust social safety nets to hoist up and bring along poor households in the sprint towards growth and wealth creation.

If the focus is the rakyat, care must be put to ensure business appetite is not suppressed. Such aspirations will be impossible to achieve without policies such as those proposed by the PR Manifesto; such as expanded educational opportunities by making tertiary education free , reduction in the cost of living utilities and tolls , targeted instead of blanket subsidies, and an upward pressure towards wages and salaries that are currently depressed by influx of foreign labour.